Professor Laura Marcus on Writing in the Cinema

Please join us for the final Epiphany Term seminar in the series: 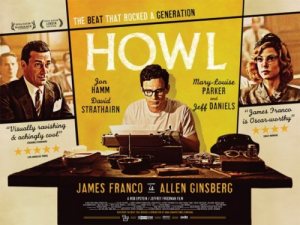 ABSTRACT
This talk examines the ways in which the representation of authorship in film bears on the relationship between the visual and the verbal, the image and the word, which has been the ground of longstanding aesthetic debate. It looks at films and texts in which the transition between book and film, word and image, is foregrounded, thematically and through formal strategies. In a significant number of recent films, the writer, and often the screen writer, becomes a central figure, creating or created by his or her verbal/textual imaginings. This bears on the question of the primacy of the word or the image in cinema, and on the relationship between the word and the filmic world. The paper illustrates this discussion with examples from a range of films, including early Dickens' adaptations, Smoke (scripted by Paul Auster), and the recent film Howl.

ABOUT THE SPEAKER
Laura Marcus is Goldsmiths' Professor of English Literature at Oxford and a Fellow of New College. She has published widely in the fields, of auto/biography, modernist literature and culture, and literature and film. Her book publications include Auto/biographical Discourses: Theory, Criticism, Practice; Virginia Woolf: Writers and their Work, The Tenth Muse: Writing about Cinema in the Modernist Period, and, as co-editor, The Cambridge History of Twentieth-Century English Literature.

Forthcoming seminars in the series:

Email ThisBlogThis!Share to TwitterShare to FacebookShare to Pinterest
Labels: Adaptation, authorship in film, Inventions of the Thext, Laura Marcus