Please join us for the first Easter Term seminar in the series: 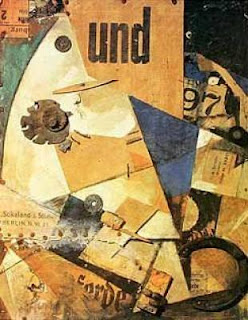 Recent surveys of the 'New Modernist Studies' all confirm that one of its major trends is to attack the usual oppositions between an autonomous, formally distinctive modernist work and the cultural setting of modernity. The 'New Modernist Studies' has repeatedly shown how so-called rebellious works depend on the market and the mass media, and that the dynamics which used to privilege the work against its 'background' are actually visible in the general field of modern life. In this light, modernist form no longer looks as distinctive or interesting as it once did. Frank Kermode's Romantic Image (1957) was one of the first books to turn against New Critical accounts of modernist form, by arguing that the would-be autonomous modernist 'image' was subtly complicit with the alienated cultural conditions it was supposedly resisting. But the way in which his argument is framed suggests that a residue of organicist thinking is also present in the anti-formalism of the 'New Modernist Studies'. This paper will suggest that Kermode's theatrical model offers an alternative to both; the idea that modernist form might be making art from the cultural conditions of its mediation, circulation and distribution.

ABOUT THE SPEAKER
Peter Howarth is Senior Lecturer at Queen Mary, University of London. He is the author of British Poetry in the Age of Modernism (CUP, 2005) and The Cambridge Introduction to Modernist Poetry (2011).