Third Inventions seminar of the term! 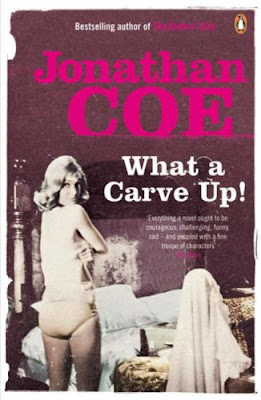 ABSTRATCT:
F.R. Leavis considered parody to belong to a branch of literary culture ‘which, in its obtuse and smug complacency, is always the worst enemy of creative genius’. Consequently, forLeavis, ‘people who are really interested in creative originality regard the parodist's game with distaste and contempt’. This paper will develop the concept of the ‘parodist’s game’ in the context of Coe’s novel, to explore the ways in which self-conscious cultural play may not only foster creative originality, but also generate the deeper moral seriousness which Leavis implies to be incompatible with formally playful modes of discourse.
Amidst the prodigious range of popular and ‘high’ cultural references played upon in Coe’s novel I will highlight his use of game imagery, with particular emphasis upon theCluedo motif that underpins much of the plot. Through a wider analysis of the popularity of mass-produced household games in the mid-to-late-twentieth century, and the various cross-generic adaptations of Cluedo that have emerged, I will argue that Coe identifies a self-sabotaging ambivalence within the capitalist homogenisation of private leisure activity which makes it a fecund source for parody. As I will demonstrate, this reading not only serves to challenge Leavis’s reductive conception of the ethical parameters of parody, but also the comparably partial account of a figure who is in some ways Leavis’s critical antithesis –Roland Barthes.
ABOUT THE SPEAKER:
Michael Shallcross is currently researching a PhD on ‘G.K. Chesterton and Parody’ at Durham University.The thesis examines the parodic motifs permeating Chesterton'sdiverse output, with particular emphasis upon his detective fiction, but also with reference to his nonsense verse, journalism, novels, critical essays, and public performances.Having graduated from Sheffield Hallam University in 2004, Michael studied an MA by Research at the University of York.
Posted by Inventions of the Text